Props to everyone that has supported the cause for ALS research in the past few weeks, especially Pete Frates and the viral campaigners that originated the ice bucket challenge. What they’ve been able to accomplish is truly amazing and a good example of how some good-natured fun can positively affect the world.

When my younger brother challenged me to complete the ice bucket challenge I decided to take things to the next level and learn something about ALS, the disease that is being supported by all the donations the ice bucket challenge has raised. I read stories about families that are living with ALS, which can be found at the ALS Association’s website www.alsa.org. Also known as Lou Gehrig’s disease, ALS mostly affects people beginning around the age of 40. It is a condition that results in the deterioration of the nerve cells, continually decreasing the muscle’s ability to react to brain commands.

What I learned that was very good news is that ALS research is promising because of the improvements in technology over recent years and a rather new understanding of the disease. The ALS Association has received over $100 million in donations in August of 2014, a 3,500% spike. Hopefully with the continued donations and icy baths, breakthroughs will be made and families that are affected by ALS will have a happy ending to their stories. Below is not only my story and my ALS Ice Bucket Challenge, but the story of Pete Frates, one of the original campaigners for ALS Research who also suffers from the disease. 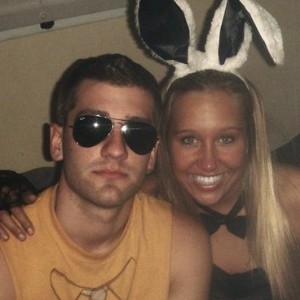