You have heard several impassioned arguments from both sides at this point. “Pacquiao has lost a step; Mayweather’s going to win!” “Pacquiao wants it more; he’s going to win!” “It’s a fix! They just want more revenue for a Mayweather-Pacquiao Part 2 so it’s going to be a draw!” As a follower and believer in all things Vegas, I am more focused on what’s going on in Sin City, money talks.

With the overall expected handle in Las Vegas sportsbooks to be about $50 million this week, roughly 70% of that on Mayweather-Pacquiao, Vegas is going to be on fire. Throw in the fact that the fight will be at the MGM Grand and that the Kentucky Derby takes place in the same afternoon, and you know I would be on my way to Vegas right now if the 617% price hike on hotel rooms  didn’t require selling a kidney and taking out a mortgage on my unborn son just to rent a room there.

My goal is not to tug at your emotions to help you decide who to root for on this historic day. No my friend, my goal is to help you make money on this fight by picking the right sides from a gambling standpoint. Don’t say old Percy never did anything for you. BET: WHO WILL WIN THE FIGHT?

Sorry to all you Pacquiao fans out there. I’d like to see the little Filipino win myself, but the sharp money is on Mayweather. The odds are actually falling on Mayweather right now, meaning the payout is getting better for Mayweather backers. Rumor has it that there are a few people waiting to post six-figure bets, and with this line moving it’s probably coming soon. Right now, the highest reported bet is $50K, aka the annual salary of a high school teacher. It’s madness out there, people.

Yes, folks, this is the fun part. The totally useless, meaningless bets that will have no input on the fight but an impact on your bank account. Let’s have fun. Whether you’re an overly zealous meathead that wants to watch people beat each other’s face all the time or a Peace Corp hippie that has a thing for the entertainment world, there is a bet for you. Prop bets make the world go round; they transcend individual taste and “heat the crock pot” as old Percy likes to say.

BET: WILL 50 CENT WALK OUT WITH MAYWEATHER The 50 vs. Floyd beef was some of the most entertaining that I can remember, and for those of you who aren’t familiar, I would highly recommend brushing up on the beef between the two. Anyways, the two have taken their love affair back to social media. 50 claims that he plans to put down $1.6million on Mayweather, and he is definitely in Vegas since just performed last night at Drai’s. But don’t fall for it folks! Every friendship has its disagreements from time to time, but no one makes it back into the inner circle after telling the world that you don’t know how to read.

Besides, Mayweather already has a rapper in his corner… While it doesn’t make sense to go shirtless in a room full of multi-thousand dollar suits let alone at the center of the MGM Grand, that’s Lil Wayne’s forte. He didn’t want to spell lil’ the right way, he didn’t want to take his Flintstone vitamins as a kid and he sure doesn’t want to pull his pants up. This one could go either way people. He might be banking on a free #MayPac promo shirt on his seat ring-side which could make for an awkward shirtless 15 rounds. Bieber is the Devil’s advocate, if the sun isn’t out you can bet Bieber will be wearing sunglasses. It’s like he doesn’t have a choice but to do what’s unpopular. The Biebs may be the most punch able human on earth as well which will definitely add to the adrenaline before the fight for all the viewers. Hell if there was a prop bet that he would be holding an open umbrella the whole fight I would probably bet that. The average national anthem time in the Super Bowl is 1:54, with our boy Billy Joel being the notable shortest in history at 1:30. The Star Spangled Banner is supposed to take about 1:34 on average, so you know where the books set their number. But come on, Jamie Foxx’s last movie was a freaking musical guys. He’s dying to show off those pipes. It’s at the MGM Grand Casino, there’s no fly-overs or giant flags to take the attention off of you, Jamie. It’s just you and the people. Stretch those notes out and make us proud. 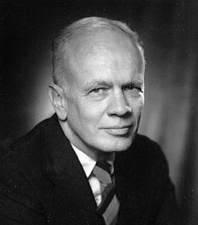