Today I want to take the time and give props to a leader, or in my case… my fearless leaders, Brian and KJ. A leader is defined as a person(s) who leads or commands a group, organization, or country. In my situations the two individuals I consider as my leaders fit that definition spot on and then some.

BRIAN: Growing up on the east side of Indianapolis everyone knew everyone. I was first introduced to Brian when he moved down the street from my old house. Brian was a neighborhood kid; we hung out and did various neighborhood activities. However, I would move from the neighborhood, and Brian just turned into a kid that I used to know. As the years passed Brian would involve himself in a wide range of activities. May it be the Black Top Soldiers, or being his class president. I never took the time to tell him how much I appreciated all the things he was doing. Deep down I always figured that he knew that I was proud of one of the neighborhood kids making something of himself. I always envied him for the original ideas he created. As the years passed, Brian flourished more and more, and his ideas became more legit. Blacktop Soldiers was replaced by starting an SEO company. I always kept close tabs on Brian because I knew that one day he would be a game changer in this world. Fast-forward to four months ago, Brian calls me with a proposition. He asks me if I would like to take part in a company he is starting. Trying to hide my excitement I immediately replied, “Yes, I would love to.”

At this point in time Brian had just been a neighborhood kid that had creative ideas, little did I know how much he was about to teach me. The past four months working with Brian has been enlightening to say the least. I watch daily as he choreographs 16 individuals to work together. I watch him as he structures a company to perfectly position all of its members to let them thrive as much as possible.  Through Brian I was able to work with KJ.

KJ: Going to Cathedral High School if you didn’t know KJ you weren’t doing something right. I mean the kid set the state record for most sacks in a single season his sophomore year… and he still holds it. I knew KJ, I knew him as the beast on the football field but I never really knew him as an individual.

Just as with Brian, KJ was an individual that you kept close tabs on. I followed his football career because deep down I knew that KJ was going to be a game changer as well. Sadly, KJ fell victim to the to often-occurring situation of being injured. His football career would end, but his life was just beginning.

Having the chance to work with KJ these past four months has been amazing. His background in football discipline has morphed him into a composed COO whom always makes sure that deadlines are met. KJ goes above and beyond and is literally the glue that keeps our family together. If it wasn’t for him, I think the stressors would get to the team and we wouldn’t be as far as we are now. I wanted to write this blog because sometimes our leaders don’t get the recognition they deserve. Over the past four months I have learned more than any schooling has taught me. (All twenty years of it) What I learned the most though is the importance of a leader. If it wasn’t for Brian and KJ, this dream of CyberProps, would still be a dream. Rather, it is an app, and an app that is going to change the world here in a few short days.

Brian and KJ may be younger than me, but I sure as hell look at them as role models. They may not know it, but those two are textbook definitions of what a true leader is. Brian and KJ, I’m proud of the two individuals you’ve become; I always had the gut feeling that you would be game changers in this world, and you proved my point to never go against my gut. So props to you two. Props for making a difference in this world. Props for being you. Props for showing me how to be a man of character. Props to you for chasing your dreams. Props for the grit and determination you’ve shown me. Props for teaching me so much in such a little amount of time. Props to you for so much more.

Brian and KJ, thanks for everything. Hopefully one day I will be able to return the favor. 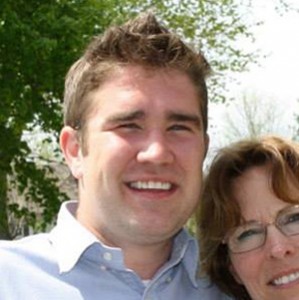 Patrick W. McNulty
Life enthusiast, professional juggler and dog racer, in my free time I enjoy studying the law. Also have a pet squirrel that keeps me company.