My Name is Sean Mulligan most people know me as Tattooed Mulligan, I got asked to give props to something, and I thought what better thing to give props to than sex! I came across some funny facts on sex that I thought I would share with everyone, so here we go: Fact 1. In Ancient England a person had to consult the King before having sex. In this day an age it be weird phoning up the Queen before a one night stand and saying, “Yo Queen, Sean here from New Zealand, just about to get it in with a chick I found off tinder… Just need your approval please.”

Fact 2. A lot of love making can unblock a stuffy nose because sex is a natural antihistamine. Next time i get the flu, I’m booking in for a week at the local brothel. I hate having a blocked nose! Fact 3. Semen can be used as invisible ink. During the First World War members of the British Secret Intelligence Service discovered you could use semen as invisible ink. Apparently, it didn’t react with iodine vapour (the main method used to detect invisible ink). They stopped using it once they realized that it began to smell if it wasn’t fresh. That is filthy!

Fact 4. Sex toys and vibrators are banned in shops in US states Alabama and Mississippi. The attorney general stated, “There is no fundamental right for a person to buy a device to produce orgasm.” America has some stupid state laws, but this one has gotta take the cake!

Fact 5. Pheromones in celery not only cause arousal in men, they also make men more attractive to women. Well next time I go out I’m bringing a bunch of celery to offer to girls; anything to have an advantage over the other single guys. Fact 6. Twelve percent of adults have had sex at work. I have to admit that I have had sex at work, and it was great although I wasn’t on display for everyone to see like those two from Christchurch, New Zealand who were bonking in an office straight across the road from a very, very popular bar. It was a great sight being viewed by an entire bar of customers. In fact, even the band stop playing to have a watch!

If you have a funny sex fact to share, or just want to give props to your favorite position, download the CyberProps app and gives props to +sex facts! For blogs on my crazy night escapades, check out my sight tattooedmulligan.com and give me a follow on twitter @mullied! 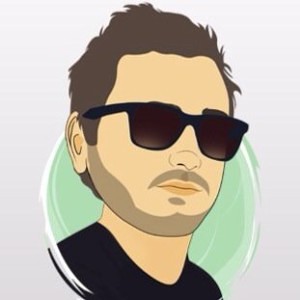 Sean Mulligan
Hi! my names Sean ‘Tattooed’ Mulligan, I really can’t be arsed writing a bio on myself so go to wikipedia to read one on me here https://en.m.wikipedia.org/wiki/Tattooed_Mulligan

Young Grown Folks
July 27, 2015
Recent Posts
Submit Your Own Props
Learn about becoming a guest blogger. No writing experience necessary. Everyone has something to be grateful for.
Categories
Go to Top
CyberProps