Growing up in Indy, we were conditioned by our surroundings to stay close with the groups we grew up with. We still call each other the North Central kids, the Carmel kids, the Cathedral kids. Rarely did anyone go outside of their comfort zone, because there was no reason to… you had multiple middle schools feeding into a high school, and a whole new array of people to get to know. As one who has been able to break the mold, it’s time I gave props to my new patna dem.

From Cathedral to Chatard, Brebeuf to Park Tudor, private school kids were among the closest knit. Everyone knew of the different people that went to other schools… you met them through sports, or there were the few girls that ventured away from their group of guy friends for something new (without using names, I’m sure you can guess which ones are donned in Indy folklore) that you probably creeped on Facebook. Not all of us were willing to go out and get to know new people because beyond a certain point, that’s just the way it was. It wasn’t easy to simply be brought in and widely trusted or liked by another group that were years ahead of you in experiences together, so why try?

That exact compartmentalized mentality left me somewhere along the way. As we all left for college, those same groups were scattered amongst different schools. And even at Indiana University, where a good number of kids go, we were truly forced outside of our comfort zone for the first time. I don’t even remember exactly how it happened, but as time passed at IU and my own friend group started to go their separate ways and follow their own interests, I did the same.

I befriended Nick Hupp, the man I must give the most props for bringing me into his group of friends. As time passed and we donned ourselves the bash bros, the Maverick and Goose of our generation, the bars had become our stomping ground. I started to meet more and more of his friends from back home. Little did I know that they would all end up becoming my brothers, the way he already had. 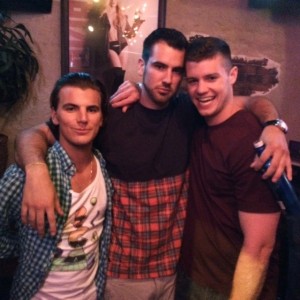 It took me ten years or more to forge a strong brotherhood with my own group of friends growing up. Through trials and tribulations, from becoming eskimo brothers and getting mad at each other for stupid things, to settling it on the basketball court or throwing the gloves on for Friday Night Fights, friendship is grown through experience. The ’09 crew from Cathedral has welcomed me with open arms in a way I thought would never be possible. They were a family stuck in their ways, and through hardship and the loss of a dear friend, I didn’t see how I could ever be on the same level with them.

They didn’t judge me, they didn’t decide what kind of person I was based on a few of my drunken antics, they never shunned me, told me I wasn’t worthy, or talked about me behind my back. What took me ten years before has only taken me 2-3 years now. A lot of times I have sat back and thought about how thankful I am to have gained an entire new set of people who care about me and genuinely accept me for who I am, but I had never expressed my gratitude for letting me into their lives. It just kind of happened, and I never stopped to smell the roses.

I don’t want to take it for granted anymore. The essence of this site, Le Motif, is to give recognition to people/things for the positive impact they have had on our lives. This is my ode to you all, my patna dem, saying thank you and that I appreciate you all every day I am able to call you my friends.

One man lost his life. Another nearly lost his. These emotions are seemingly impossible to handle, comprehend, and reconcile in the grand scheme of things. Those life-changing events could have caused you to close your mind, to shut everyone out, to put up the ultimate guard on anyone who tried to get to know you on a personal level. Instead, you have done the exact opposite.

Nick: Thank you. Thank you for bringing me in, for vouching for me, for sticking your neck out for me in every possible way. Nolan: We go way back, and you’re one of the few who knows what it’s like to assimilate into multiple groups of friends, a chameleon of sorts. It would have been much harder had you not known me before I started coming around more often, and I’m glad to call you my friend every day.

Tom: Thanks for putting up with me all those drunken nights at the hideout, you’re a trooper and the sacrifices you’ve made for people including me have not gone unnoticed.

Timmy:  Thanks for being one of the strongest men I have ever known, for never giving up, and for showing us all what true grit and determination really is. You are an inspiration, and it’s nice knowing I have someone like you in my corner.

Tommy, Rolfsen, Frick, Champ, J Buck: While I have lumped you all together, that doesn’t mean you mean any less to me than they do; all of you have made a great impact in my life in one way or another, and I’m very grateful to call you my friends as well. From picking me up from the drunk tank, to being my only friend up in Madison, to the shenanigans we have gotten into over the last couple years, thank you for always being you.

The girls: You are all just as close with these guys as they are with each other, and it has been amazing to have gotten to know you all on a personal level and I have thoroughly enjoyed every minute of it.

Ultimately, I don’t mean to single anyone out and give them more props than anyone else. You have all impacted my life in such a way that I felt compelled to write this. I wanted to show you that I’m grateful for all you have given me; the ways in which you have helped me grow as a person, and for the experiences in dealing with hardship and turning a negative into a positive. You all live for each other and it is a great feeling knowing I have a group of people like that in my life. 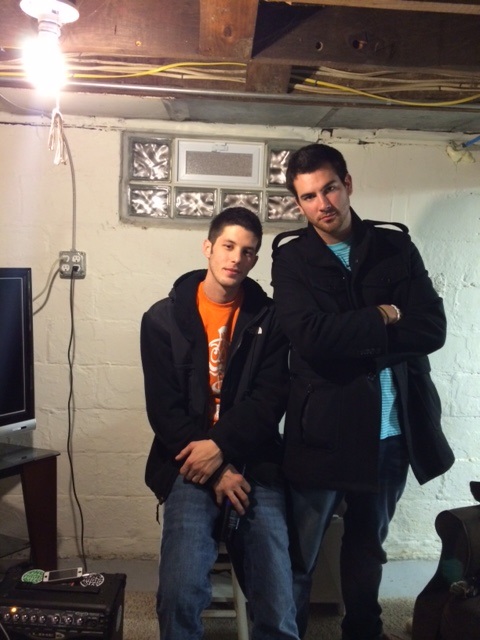 I look forward to continue getting to know all of you, to the experiences we have yet to have, and to growing the relationships we have already developed. I hope I have made a positive impact on all of your lives the way that you have impacted mine. So thank you.

For all we have lost, we still have so much to gain. Cheers to many more years.

To my North Central crew, you know you guys are my brothers; this was not written to diminish the impact you have all had on my life over the years. I give props to you as well; you guys are my day ones, my ride or dies, and I am extremely lucky to call you brothers as well. Don’t ever forget that. 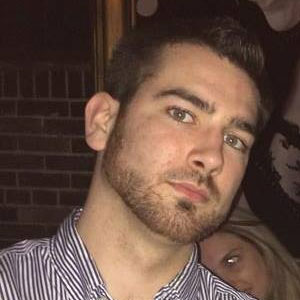 Dom is a fun loving guy who hasn’t quite figured out how handle his liquor. You can often find him somewhere being the loud mouthed life of the party that he is. An intellectual, he has many leather bound books and his apartment smells of rich mahogany.