Props: Those Who Listen & Give Advice

I’d like to give props to people who aren’t afraid to lend a kind ear and word, for it can make all the difference.  My name is Arielle. I am a recent college graduate, with a great job and who once upon a time felt like I could rule the world.  Until I found myself starting a new job where I felt stressed out, alone, underestimating myself to no end, questioning my intelligence and feeling very out of place in the real world.

I started on a high horse, excited, anticipating a new challenge and then boom, my whole world crashed, for reasons I still can’t articulate besides, “growing pains”.  I was afraid to admit my feelings of alienation at my new job which values camaraderie and hard work.  I complained to my boyfriend so much that he nearly broke up with me for being so negative.  I almost didn’t know where to turn, until one day I burst into tears in a meeting with my project manager.

Yes, my project manager, the person who is supposed to review my performance and determine my fit and ability to do my job.  I was terrified that I couldn’t hold back the tears, I told him this.

I was surprised at how he handled the situation, by encouraging me to express myself and radiating nothing but friendly energy.  He listened actively, he asked questions for a better understanding.  He told me he understood. He made me feel not alone.  And for things I expressed that he couldn’t relate to, he told me that as well, which made the moment even more real.

He gave me “pro-tips” on adjusting to the consulting lifestyle.  He gave me suggestions of people I could talk to that he knew could relate and offer good advice.

I was still upset that I burst into tears… But since then, things have been better.  All it took was someone who I didn’t expect to care or listen or offer a kind word, to do all of those things.  Actually everyone at my firm that I’ve met so far has cared to know about my experience and ways they can make it better for me.  People have offered themselves as resources and followed through.  And that lets me know that I’ve made the right decision.

So for those who second guess whether or not their kind ears or words matter, don’t, because they do, more than you know. 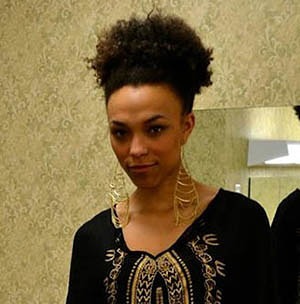