I would like to take a step back and do something unconventional. I would like to give props to the source dishing out props, CyberProps. Now, how can that be? It’s a contradiction of sorts but all of the employees who have worked tirelessly for this revolutionary concept need recognition themselves.

For some of you new to the scene, the essence of CyberProps is to give recognition to someone or something that deserves respect. The concept embodies a selfless mentality that promotes appreciation of your surroundings. You can read a blog giving props to displaying positivity in life, or maybe just to Christina Aguilera’s “dirty” phase in 90’s. The beauty is that it can be something meaningful or just humorous.

Culture, in general, has evolved into relentless complaining and egotistical tendencies due to the growth of social media. I think most people are sick of your selfies, what amazing dinners you made, or details of your terrible day. Moreover, it has been noted that social media may cause depression because most people paint a utopian life of themselves online. CyberProps bucks this trend by creating an environment of appreciation for other people or things. Basically, whatever makes you love life give it some respect.

The company has gone through its own trials and tribulations. The concept was first thought of during Brian Frick’s second semester of senior year 2013 at Indiana University. (Damn, makes me feel old) He tried to get it rolling a couple times but couldn’t gain any traction. Finally, after a couple beers with an old high school buddy (KJ), he regained his determination.

Fast forward a little, the company has been making serious moves and even brought on very talented people. The once inexperienced and economically insufficient company has established themselves as a real game changer due to the tireless work of all the employees. From bedrooms to conference rooms, from empty briefcases to your heads held up high.

CyberProps instills a selfless appreciation of life. Personally, after experiencing it, I can tell you it’s contagious.

Props to perseverance. Props to hard work. Props to dedication. Props to believing in yourself. Props to the selfless concept.

And, Props to all of the employees who have made this dream into a reality.

Thanks so much, Chris, for the props and kind words! You’re awesome! 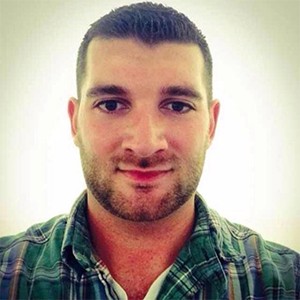