November 26, 1998 was the day that my love for sports was flipped upside down. I was in the fourth grade and just started playing tackle football. I began showing interest in watching professional football. I was at my Uncle’s house to celebrate the annual holiday of giving thanks (props), when we settled in to watch the Dallas Cowboys host the Minnesota Vikings. One minute into the game Randall Cunningham chucked the pigskin deep down the field and a purple flash ran under it and trotted into the end zone. At the end of the first quarter, I experienced déjà vu as once again Cunningham hurled the ball deep to the lanky receiver wearing the number 84 for another fifty-yard touchdown. Finally, as the third quarter was winding down, that same receiver caught a screen pass at midfield and literally ran past every member of the Cowboys defense for a fifty-six yard score. I quickly realized who this FREAK athlete was: his name was Randy Moss, a rookie drafted 21st by the Minnesota Vikings. Moss was the star wide out in college for the Marshall Thundering Herd, hauling in 54 touchdowns in two seasons. Due to off field issues (smoking a little marijuana), twenty teams passed on Moss in the ’98 draft, including the Dallas Cowboys. The Cowboys had even given verbal confirmation to the rookie that he would be their selection. After being passed up by Dallas and several other teams, Moss made it his mission to “tear up the league”. As previously described, Randy absolutely destroyed the Cowboys on Thanksgiving Day, but he didn’t stop there. He finished his rookie campaign with a rookie-record 17 touchdowns earning him the NFL Offensive Rookie of the Year honor and a NFC Pro Bowl selection. Throughout his career Moss continued stretching defenses, shattering records, and pulling in absurd acrobatic catches. He retired in 2012, holding 2nd place in almost every single receiving statistical category behind the great Jerry Rice. However, many times Randy was scrutinized for on and off field antics including: lack of effort, fake mooning the Packers home crowd, smoking a little Mary Jane (now legalized in many states), and commenting about gross catering food. In a league where players commit murder, beat their wives and children, and take enhancements to put them above their peers, I don’t believe Moss was ever given a fair chance. Basically, Randy Moss is just a misunderstood country boy from Rand, West Virginia that is undoubtedly the most talented and athletic Wide Receiver to ever suit up in the NFL. Now that he’s retired you will find him bass fishing and spending time with his family. Most important of all Randy lives by one motto that he calls the 3 F’s. FAITH FAMILY FOOTBALL 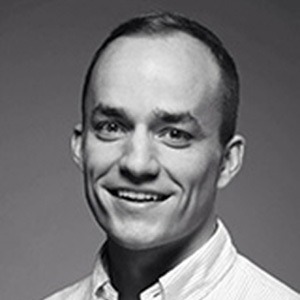