Don’t be fooled by their cuteness! These seemingly harmless rodents are ticking time bombs, unless you live in their native range in South America. Nutria (Myocastor coypus) are a semi-aquatic beaver-like species that were introduced to Louisiana in 1938. Only 20 individuals were first brought into Louisiana, but their population has exploded into more than 20 million. Unfortunately, Nutria are wreaking havoc in one of the world’s most productive ecosystems. Louisiana has continuously lost wetlands amounting to the size of Delaware because of Nutria.

Like many invasive species, nutria are highly destructive to the areas where they do not naturally occur. Specifically, they’re responsible for the destruction of 25,000 acres of Louisiana’s coastal salt marshes each year. For some perspective, that’s the equivalent of a football field of wetlands being destroyed every hour! While the nutria can’t take credit for 100% of the damage (because, you know, humans), they’re a key culprit because of their biology and food habits.

NUTRIA BIOLOGY AND ITS ENVIRONMENTAL IMPLICATIONS

These rodents reproduce prolifically—females have two or three litters each year consisting of somewhere between 5 and 13 young, and they can become pregnant the day after giving birth. Sounds exhausting, right? Worse still, the young waste no time at all: Nutria reach sexual maturity and begin eating vegetation within weeks of being born. These nuisances eat up to 25% of their body weight in marsh plants daily, transforming productive grassy marshes into unproductive open waters alarmingly fast by consuming the very structure that holds the marsh together: the vegetative root mat.

Once they finish munching on a root mat, the real destruction begins. Mud becomes exposed, allowing tidal currents to erode the wetland away, creating murky open-water ponds called “eat outs.” This damage cascades through the ecosystem and harms native waterfowl, fish, and macro-invertebrate populations, as well as the industries that depend on these resources.

When you realize how much food and revenue Louisiana’s fisheries generate (fisheries and wildlife enterprises contributed almost $1.13 billion to Louisiana’s economy in 2013), Nutria become more of national problem than a local one. Aside from fisheries depending on salt marshes for food and refuge, coastal wetlands act as physical buffers from large storm surges and can save nearby communities. These ecosystems are complex and interconnected, and Nutria are chewing away at these beautiful symbiotic relationships.

Had humans not created this mess in the first place by introducing an invasive species, I would say Nutria are the bad guys. Given the devastation they cause to already damaged wetlands (and the native animals that fill the same niche), humane eradication appears to be the best course of action. It really is unfortunate that they’re being punished for simply following their instincts, but alternative management options are extremely expensive and not as effective. However, killing Nutria populations doesn’t have to be entirely wasteful…

AND FINALLY—THE POINT OF EVERYTHING ABOVE AND THE PROPS! (Thank you for bearing with me!) There are great efforts in place to extirpate Nutria from the area though per-tail bounties, which is good news for the health of the surrounding ecosystem and communities. However, 98% of catches are wasted, meaning they are captured, killed, and then disposed of. I think we can all agree that any animal that humans hunt or trap should be utilized to the fullest extent, and props to Marsh Dog for coming to the rescue! This small company, founded by siblings Hansel and Veni Harlan, gives purpose to Nutria carcasses that would otherwise be wasted by making dog treats out of the meat… and the result? Plenty of happy and healthy dogs! Compared to turkey, chicken, and beef, Nutria is the highest in protein, has the least amount of fat, and contains the lowest cholesterol. Even if you don’t agree with the Nutria management techniques in place, it’s hard not to admire what the Harlan siblings (and their dedicated staff) are doing to make this situation better—they’ve created a silver lining in a scenario that seemed rather dark. Now would also be a good time to extend my props to the project Righteous Fur, which takes the Nutria pelts that would otherwise be discarded to make fashionable coats and accessories. Fur is back in style and incredibly warm, but the best part about Nutria fur is that you can wear it with a clean conscience! 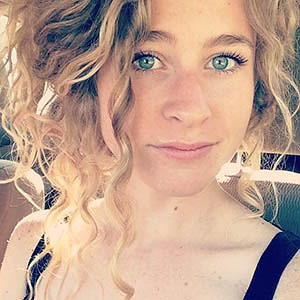 The Blood Moon 2014
October 8, 2014
Recent Posts
Submit Your Own Props
Learn about becoming a guest blogger. No writing experience necessary. Everyone has something to be grateful for.
Categories
Go to Top
CyberProps