Skip to content
[email protected]
YouTube page opens in new windowInstagram page opens in new windowTwitter page opens in new windowPinterest page opens in new windowFacebook page opens in new window
5. Conrad Sewell
He currently has a very catchy hit song called “Hold Me Up” and is the voice on Kygo’s amazing song “Firestone” .  I don’t much about his background, but just from hearing his voice on these 2 songs!! My goodness! I have a feeling he is going to be someone that will be sticking around.  I am beyond excited for more music from Conrad!
HOLD ME UP
FIRESTONE (Live)
4. Jess Glynne
Jess Glynne has worked with Clean Bandit on a few tracks and was the voice their hit “Rather Be”. Such a good song right??? Well she just came out with her debut album and after I listened, all I could think about was how much I was feeling almost every song.  Have you heard her hit single “Hold My Hand”?? so so catchy! I think this song will be continuing to climb the charts, and she will be someone to watch out for.
HOLD MY HAND
3. Alessia Cara
What I know about Alessia is that she is a young girl from Canada, has an interesting yet amazing voice, and is the genius behind the song “Here”.  Have you heard this song? My goodness, it is just so PERFECT.  After hearing this song just once, I was hooked on Alessia Cara.  I mean this girl, for sure, is going places.
HERE
2. Jamie Lawson
This guy’s music style is quite similar to Ed Sheeran’s.  And it doesn’t surprise me that he was just signed to Ed Sheeran’s newly created record label. But I am currently obsessed with his new song “Was’t Expecting That”.  It has insanely catchy lyrics, a nice melody, and an overall beautiful message.  You can’t help but immediately fall in love with Jamie Lawson after listening.
WASNT EXPECTING THAT
1. Tori Kelly
She is maybe more known than the others mentioned, and has been around for a little bit longer.  But the reason why I say you need to watch her, is because YOU NEED TO WATCH HER.  She is on the rise like I’ve never seen before, and I am beyond excited.  If you still haven’t caught on to the amazingness of Tori Kelly, then just simply watch her cover Ed Sheeran’s “Thinking Out Loud” …. its phenomenal. Really big things are coming for her.
THINKING OUT LOUD (Cover By Tori Kelly) 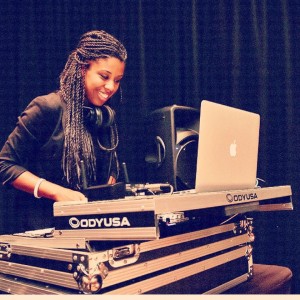 Kara Ford
Born and raised in Indianapolis Indiana, Dj.Kara is a passionate DJ with a strong background in music production.She started her music career 6 years ago learning the ins and outs of music production. She progressedto making beats for her college friends that were trying to make mix tapes and perform original music live!!While she was working, trying to grow as a producer, and also graduate with a bachelors degree in management from Purdue,many of her friends were directing her in the direction of becoming a DJ.

After graduating college she relocated to LA,to pursue a career behind the scenes of the music industry.While she did make small strides on her goal, a year later she hadn’t made as much progress as she thought she would.And with that, she decided to go ahead and give DJing a shot!Ironically she fell in love with all aspects of DJing, and hasn’t looked back sense!

Kara has now been DJing for almost 2 years and it is clear that she has plans to take it to the next level! She has significant experience Djing weddings, corporate events, clubs, lounges, and private partys. She has worked with numerous high profile venues, event coordinators, and companies.She never fails to keep the party going, while maintaining a professional and approachable energy!