Props: All those who have donated an organ to another individual- you are heroes.

Being tied down is the worst thing that has ever happened to me. In November of 2013, I was diagnosed with End Stage Renal Disease. My kidneys had been failing for nearly my entire life, and I had no idea. The doctor told me that I would have to undergo four and a half hours of dialysis three times a week until a kidney transplant could take place. Every Monday, Wednesday, and Friday I go to a clinic from 4 to 8:30. I get stuck with two, 17 gauge needles each time in my fistula (which I had to have surgically installed in my left arm) and I sit, and sit, and I also sit until my time is up, and it’s time to go live my normal life. Now, before all this, the thought of staying in one place was detrimental to my well-being. I was constantly relocating to a new destination. As soon as I graduated from my small, catholic high school, I ran. I still don’t really know what I was in search of, but I was determined to find it. In the last four years of my life, I went everywhere from the Ozark Mountains in Arkansas, to the Smokey Mountains in Tennessee, the Appalachians in West Virginia, the safari lands in South Florida, the Rockies, and all up and down the Golden Coast of California, spending some time in each place. I went to numerous music festivals, met some of the most beautiful, inspirational people I could have ever imagined, and worked on a weed farm where I learned more about self than I ever thought possible. Needless to say, it was some of the most beautiful times I have ever had, and in one trip to the doctor, it was all taken from me.

But enough with the sappy shit. This isn’t the end of my expeditions. In fact, I’ve come to realize that it is, indeed, only the beginning. You know the Semisonic song, “Closing Time?” I know you do because everyone in America does, but in that song David Wilson sings, “Every new beginning comes from some other beginning’s end.” Those lyrics have always stuck with me, and now I know why. A couple of people have been tested to donate their kidneys to me, and so far, everyone who has seems compatible. Now, having someone go get tested to see if they can literally give a part of themselves to you is a feeling I cannot describe in Times New Roman font. I can say that it makes me think about how precious life really is, and also how lucky I am to have such, altruistic, brave, courageous, loving souls around me, and I haven’t even had a transplant yet. I can only imagine how I am going to feel once that time comes. Two friends of mine, who I usually refer to as brothers, are both compatible matches for me. My surgeons want to take the more compatible kidney out of the two. Since the process is so long and tedious, it’s been a waiting game, but if there is one thing I have learned through all of this, its patience. I have known both of these guys for what seems like my entire life. I have had some of the best times with these men. I have also had some of the worst times with these guys. However, we are still shoulder to shoulder, and I know that we will be forever.

Ben Burns and Michael Preuschl are my brothers who potentially might be a literal part of me. These two gentlemen have decided they want to help me. They want to make my life easier. They want me to go live my normal life. They want me to live. I am eternally grateful and humbled to have these people in my life. They mean the world to me. They shouldn’t just be recognized on a social media site; I feel like statues of them should be erected next to the Soldier’s and Sailor’s Monument in downtown Indianapolis.

Being tied down is the worst thing that’s ever happened to me, but it has shown me a love from friends that will one of these days set me free.

Cyberprops is excited to announce that the official countdown to what you’ve all been waiting for has arrived! Check out how you too can give props: http://app.cyberprops.com/cyberprops-introduction/ 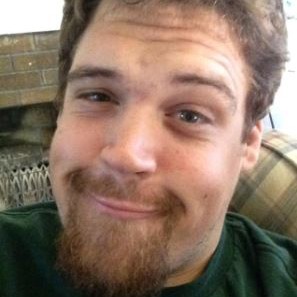 Mitch Miller
Mitch Miller is an Eastside Indianapolis native. He is currently in school and works at his family bar, Manley's Irish Mutt. He enjoys traveling and seeing Umphrey's McGee live shows. He's kind of a big deal. People know him.