There comes a time in every college student’s four year binge (longer for graduate students…or victory lappers) where he emerges from his blackout, figuratively and literally, and he realizes that college doesn’t last forever. For a lot of college students, this epiph any occurs around 4:00 AM after having defied science by consuming two Tombstone pizzas washed down with a warm Natty Light. I could say that my moment of realization didn’t happen that way, but I would be lying.  I spent the next several days following this moment of clarity evaluating what was going to happen next in life for me. Innumerable opportunities crossed my mind, some more logical than others. I began thinking, maybe I can delay the inevitable and “accidentally” fail a few classes my last semester to avoid the real world for at least one more semester. However, using my better judgment, I didn’t follow through with that plan because, no matter what, I knew I would eventually step into the adult world and no longer be able to wake up with a Cheetos mustache around noon on a regular basis. Let’s face it, graduation happens, even to the best of us, and it’s something to embrace.

A quick two months later, I found myself walking across the graduation stage to be handed a $200,000 piece of paper; a rather anticlimactic end to an exuberant college career now that I think about it. As I sat there holding this paper, I looked around at my classmates, the majority of whom had the same exact thought that I did at that moment… now what? Since the age of four we have been immersed in education developing a toolbox of knowledge that we can utilize to build our future. Now, at this exact moment, it was up to me how I wanted to use these tools to mold and influence my future to benefit me in the utmost way that it could. At the time, my girlfriend had a job in Chicago, so most of my job searching was focused in the Windy City. Similar to a substantial amount of what other recent college grads were facing, I was unsuccessful in my Chicago job search.

Randomly one day I received a phone call from my girlfriend, and she brought up this idea to me that we had talked about previously but were never too serious about. She called me and asked if I wanted to move to San Diego. Now I had two choices at this point: I could take the safe, comfortable route and just say no, OR I could take the uncertain, spontaneous route and say yes. Three months later I found myself in San Diego (side note: after a quick google search I learned that San Diego does, in fact, mean a “Whales Vagina.” It was on Wikipedia so it’s definitely legit). I moved here with my girlfriend, our savings, all of our belongings jammed into my car, a pre-planned route, but most importantly WITHOUT A JOB. We were both such educated, motivated, and easy-going people that I knew it would all work out in the end. Driving across the country was one of the most fun things I have ever done in my life (video below.) On the trip to San Diego, the things I saw, the places I visited, the weather I experienced… these are memories that I will cherish forever. This was only the beginning of my adult journey.

I wanted to start my adult life out differently than most of my friends at home. Sure I was nervous and scared of leaving everything I knew in Indianapolis, but the thought of what else is out there is what motivated me to move 2,068 miles away from home. I’ve been here for almost six months now and there isn’t a second that I regret. A lot of people probably thought we were crazy for uprooting our lives in Indianapolis to move to San Diego with no sure plan, but we saw it differently. We saw it as an opportunity to explore ourselves, to grow as people both individually and together. I can assure you that in the short six months we’ve been here, I’ve grown tremendously as person.  Another little side note to ease your minds, you’ll be glad to know that we both found jobs with which we are incredibly happy. All it took for us was the leap of faith that even if we didn’t know exactly what was in store for us down the road, we knew that we were prepared for whatever path we chose.

I encourage… nay, I challenge anyone who is thinking about moving somewhere different to go with their gut and take that leap of faith. I can promise you that you will not be disappointed. Maybe one day you may find yourself giving props to spontaneity, uncertainty, and California burritos just like I am. And for all of you who are now wondering what a California burrito is, I guess you will have to venture out to San Diego and find out for yourself…or just Google it, but I suggest you come out here. I wanted to wrap up this post with a quote that I really like and is sort of the premise for what I wrote about today:

“However far they travel, wild geese carry with them a sense of belonging and a memory of home.” 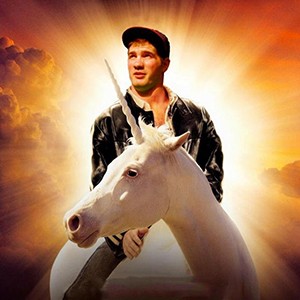 Calvin Sullivan
My name is Calvin Sullivan and I like to live my life for two main reasons. Number one, I want to constantly be learning. If I don’t know more about the world today than I did yesterday, then shame on me. The second is a little bit more complicated. I’m living my life in hopes that one day I will never have to introduce myself. I will walk through any door and someone will point and say “That’s C-Murda” or another really cool nickname that I may or may not already have. If everything that I do throughout my day to day activities ties those two concepts together, then I’d say I’ve lived a successful life.