New York Fashion Week (NYFW), hosted by Mercedes Benz, is the Mecca for thousands of people twice a year, in February and September, who’re looking for the next big thing in fashion.  From spotting the biggest celebrities to potential new bloggers everyone is trying to get their five minutes of fame while keeping tabs on upcoming designers and trends on, as well as off the runway.  Most people who don’t have a passion for fashion find it to be an industry that strictly focuses on unattainable exterior beauty, but for “It-Girls” it’s a source for inspiration for years to come.

I know it’s hard to believe that anything based off of such superficiality can possible deserve props.  In a market that thrives off of telling people they need to look a certain way and buy particular clothes to be beautiful in society eyes, there is a lot of power.  Majority of the time I will admit that the fashion industry uses this power for their own gain, but this year at NYFW a couple of shows decided that enough was enough and had some surprising yet inspirational firsts on the runway.

One show that set a new first in NYFW was Carrie Hammer’s “Role Models Not Runway Models”.  The premise behind this show was to showcase influential women on the catwalk wearing her Fall/Winter 2015 (FW15) line.  The “models” were women who were leaders in their field that everyday women could look up and relate to, but what really caught everyone’s attention was actress Jamie Brewer who wore a black a-line dress down the runway.  It wasn’t the dress that made people applaud but the fact that Jamie Brewer, American Horror Story Star, became the first model with Down syndrome to walk the catwalk.  This was monumental for women or anyone for that matter with intellectual disabilities because Jamie Brewer became a beacon of hope that no matter what situation you are born into, your potential is limitless. The show that made the biggest splash and set a new precedent for the “ideal” image was FTL Moda’s “Loving You”.  FTL Moda partnered with Fondazione Vertical, an Italian foundation that supports multiple research labs in finding a cure for spinal cord injuries, and Models of Diversity to bring disabled models to the runway as a part of their #MovingForward campaign.  This movement allowed for models with various disabilities from around the globe to walk the catwalk rocking FTL Moda’s FW15 collection.  What was even bigger than seeing models not only killing the catwalk with canes but in wheelchairs as well was Jake Eyers, a personal trainer and model, who became the first male amputee to grace the runway for NYFW.  This show was so inspiring on numerous levels for embracing model diversity in a different way as well as showing that there really are no limitations to what you can do. Though 79% of NYFW models were still traditional in size and color, I do give props to the designers of both shows.  In the battle with the fashion and beauty industry to have a more accurate representation of our society we forget that though many demographics already have had their firsts there are just as many waiting for the opportunity.  I applaud NYFW in their strides to push the boundaries on what an ideal model is and for providing hope as well as inspiration to those who feel that their handicaps may keep them from achieving their dreams.  I eagerly await the return of NYFW in September to see which designers will break new grounds in the fight for diversity on the runway. 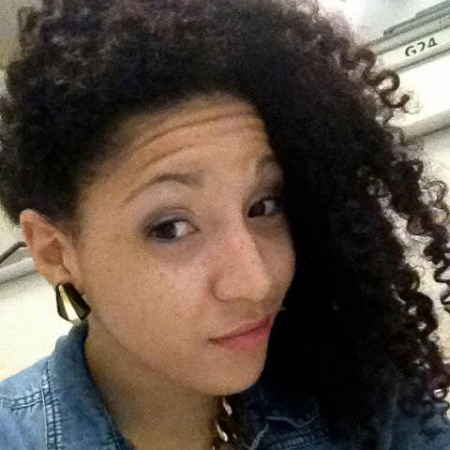 Met Gala Fashion
March 16, 2015
Recent Posts
Submit Your Own Props
Learn about becoming a guest blogger. No writing experience necessary. Everyone has something to be grateful for.
Categories
Go to Top
CyberProps