My mother and her 8 brothers and sisters grew up on the West side of Indianapolis, just a few blocks from the historic Indianapolis Motor Speedway. From my grandmother’s porch, for one fantastic month every year, you can hear the undeniable hum of the IndyCars as they speed around the track. As kids, my uncles would spend the entire month of May working odd jobs at the track and doing anything they could to be around the Indy Racing League. Years later, my parents actually met at an Indy 500 when my mom’s father convinced his college roommate, my dad’s father, into loading his family into an RV and driving 400 miles down I-70 for his first Indy 500. The magic of the IRL is undeniable… and in a weird way, a big reason why I even exist. I have an almost spiritual attraction to the IRL, and I can’t explain why. I’m not a car guy – my head doesn’t whip around when I see a Maserati drive down the street. I can change a flat and jump a dead battery but that’s about it, and if you pop the hood and have me take a look I’m more likely to point at something and call it the “flux capacitor” than actually provide any useful information. But for some reason, whenever I see the boys of the Indy circuit roaring around a turn at full speed, I still get goosebumps and the feeling that I could run through a brick wall.

This year, the IRL and I have moved out of the casual hookup stage and into a full blown relationship. Typically, I attend the Indy 500 and that’s it. This year, I have ventured to IRL races in Tampa, Los Angeles, and the roaring metropolis of Birmingham. Just like every girl’s Facebook from the ages of 14-18 always says, “If you can’t handle me at my worst, then you don’t deserve me at my best.” Well this season for me has been dedicated to experiencing the good, the bad, and the ugly of the IRL, and I am here to sing its praises to you. You see folks, it’s May. It’s race month. The Indianapolis Motor Speedway is open for practice all month. The jean shorts are being dusted off. Local Indy legend has it that if you pick up a crushed Natty Lite can and hold it to your ear in May, you can hear the sound of fresh mullets being cut all across the West side.

The first Indy 500 in my memory occurred in 1997. The 8-year-old version of me had selected Robby Gordon by chance in the family’s blind draw gambling pool, so I was in the grandstand cheering my heart out for the man in the purple Coors Light machine, not knowing how important his sponsor would later become in my life.

That year’s race was crazy. They ran for 15 laps that Sunday, but then the rain came and postponed the race indefinitely. For any other Sunday sporting event – baseball, badminton, Quidditch, you name it – getting postponed would have been a complete disaster. But for the Indy 500 it just added to the glory (thanks again to Robby Gordon’s sponsor). Postponing the Indy 500 to another day especially a school day for a child is the adult equivalent to your girlfriend mid-naughty saying, “hold on let me go get my friend.” It just drags on the excitement for a young boy because when the race resumed on Monday, guess what? NO SCHOOL – GONE RACIN’! Robby Gordon got in a private jet after the delay and flew to Charlotte, where he also raced in a NASCAR event on Sunday. He wrecked his car on Lap 186. When the Indy 500 resumed on Monday, he blew his engine almost immediately. I can still remember the disappointment and awe as I watched his car come to a stop right in front of my seats and he came diving out. You can add “my spirits” to the long list of things that Robby Gordon broke that weekend, but even after that, I knew I was a race fan for life. Like the Phoenix (Robby Gordon) rises from the ashes, and pressure fortifies diamonds, my love for the Indy 500 only got stronger as time has run its course. But in the end, I believe props are in order here. Props to the IRL, props to the Indianapolis Motor Speedway, props to Coors Light, and props to all of my race fan brethren out there. Let’s race some cars this May. And I guess while we’re at it, Robby Gordon can have some props too. 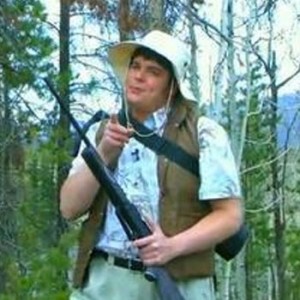