If you haven’t been on BarstoolSports, you’re doing it wrong. Today I’m giving props the one one of the most consistently funny websites on the net. y Barstool) started in 2003 as a four-page black-and-white newspaper that featured gambling spreads, sports schedules, and fantasy-league stats primarily focusing on Boston sports teams distributed for free at various transit stops. Although the paper gained some traction locally, Portnoy realized that in order for Barstool to become big he needed something more. After taking a suggestion from a colleague, he decided to start putting a local Boston girl on the cover of each issue as a way to further attract his demographic (aka the very first “smokeshows of the days”). His idea panned out and soon advertisers both local and national became interested. In the mid-2000’s when everything was shifting over to the web, he registered the domain name and the website I’ve grown to love today was born.

Today Barstool has expanded from Boston to include regional websites for New York, Chicago, and Philadelphia amongst others. True to its slogan “For the Common Man, By the Common Man”, it displays posts focused on women, sports and entertainment, in other words, the holy trinity for dudes everywhere. The blogs are often lowbrow, vulgar and at times downright misogynistic, not to mention littered with expletives and grammatical errors. However, that doesn’t stop them from being absolutely hilarious. Where else are you going to find a blog entitled “Florida Man Stabs and Kills His Drinking Buddy Because He Wouldn’t Give Him the Last Can of Natty Ice” or “Chipoltle Bans Guns” At this time in my life, I am in the awkward post-grad phase where I am trying to make it professionally as an adult while trying to maintain the ideals of the happy-go-lucky college kid that I was. The truth is, when you graduate college and surround yourself with hard-working grown-ups, you can easily forget what it’s like to talk about the magnificence of a perfectly round ass or the winner of a hypothetical fight between a jaguar and an alligator. And that’s why I have to give props to Barstool, because it reminds me of shooting the shit with my friend’s while hungover on a Wednesday morning. While it may not be a beacon of political correctness, there is absolutely no website like it on the web. When you’re on your fifth hour of learning the details in the pathogenesis of oral cancer on a Monday and feel like you’re heads about to explode, sometimes you just need to just look at some scantily clad women and laugh at some GIFs of LeBron flopping to get you back into it. So here’s to you Barstool, keep doin’ you because nobody does it better. 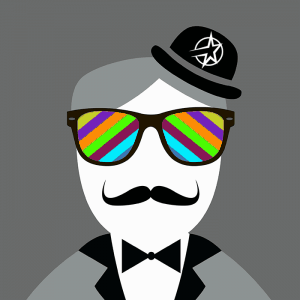 Don Scrivello
Don Scrivello is a pseudonym. Fuck what you read, it's what's your readin'.