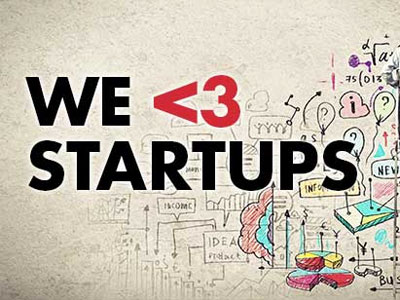 How Tech Startups Start Up

There’s a startup for everything: alcohol delivery (props to Drizly), pet sitting (Seattle-based Rover), ingredients to cook fancy meals weekly (you must try Plated). For literally anything else (tiger delivery, anyone?), you can just text a phone number, and the Ycombinator-backed startup Magic will take care of it.

But how do these startups get off the ground? Before ClassPass let you hit up any gym in your city, before Jukely started blowing up your Facebook with local concerts, and before the aforementioned Plated turned your roommate into a gourmet chef, they were all ideas accelerated into reality by Techstars.

Techstars is a 13-week startup accelerator. Started in Boulder, CO, in 2007, Techstars is considered the best accelerator in the world (sorry Ycombinator, I’m probably biased). Basically, they kidnap you for three months, stick you in a room with a bunch of other companies, and stretch your calendar with “more meetings than you thought humanly possible” (that was actually in the welcome email, and they somehow understated the time commitment). Aside from providing mentorship, training, insane networking, and initial seed funding, Techstars has helped nearly 600 companies collectively raise over $1.7 billion to turn their ideas into reality, and their motto of “Give First” resonates across all 18 Techstars programs.

I’m currently going through Techstars’ flagship Boulder program with Revolar, and we’ve got about a month to go before our September 9 Demo Day. I’ve made some great friends in the other companies in our class, and they deserve some serious props for risking it all to make the world a better place. AdHawk
More like RadHawk. These guys are ex-Googlers who realized that online advertising sucks, so they left Google to fix it themselves.

No more logging into Facebook, Google, Twitter, and Pinterest to update individual ads – just plug in your account info and use their single dashboard, which also gives you tips on how to improve your ads. It’s a totally different experience than traditional digital ad buying, which again, sucks.

Extra props for letting me crash on your couch when I can’t make it home from happy hour. BlazingDB – For Silicon Valley fans, these guys are basically the real-life Pied Piper.

Here’s their simple pitch: “Our software lets companies leverage GPUs to increase database speeds up to 50x.” Ok, so I clearly have no idea what they do, but I’m pretty sure they’re on to something big.

Seriously, though, they’re looking to dramatically improve how companies interact with their data. Why is this so important? Well, from the beginning of the Earth until 2003, a total of 5 exabytes of data were produced. By 2013, 5 exabytes of data were being created every day. That’s called exponential growth, and Blazing is trying to get out in front of the impending data-pocalypse (data-geddon?).

And how does their CEO and co-founder, Rodrigo, plan to market the company? Direct quote: “I’m thinking I need to get a small child to use a database, because they’re adorable.” Edify – Raise your hand if you took music lessons growing up [raises hand]. Keep it raised if you can still carry a tune with that instrument [lowers hand slowly].

Edify rightfully believes that the way we learn music is broken. Your parents choose the instrument you’ll play, you get dragged to lessons week after week, you have to memorize scales, notes, and songs, and by the time you get to college you want to burn your piano to the ground (OK, maybe that last one was just me, but I doubt it).

Their apps, Sketch-a-Song and MusiQuest, teach kids to compose music by drawing, letting them create songs by ear before they even know what the notes are. I only wish this had existed before I spent 8 years of my life torturing my family with recitals.

Flytedesk – Every brand, every agency, every two-bit marketer says the exact same thing: “We need to engage millennials!” And so they go to all the usual places where they buy ads and then act surprised when they don’t actually engage millennials.

They’re starting with a crazy-sounding market, college newspapers. They partner with college newspapers to gain access to their print and digital inventory, but also to act as their “boots on the ground” to spread marketing campaigns around campuses.

They do what they do because as former journalists and college newspaper editors, they believe that budding journalists need to be supported. And what better way to support them than with some sweet, sweet cash from advertisers? HobbyDB – Comic books, cars, trading cards… what do these things have in common? They’re all part of the $200 billion collectible industry.

However, only a fraction of that $200B happens online, which can be a huge problem for a collector wanting to trade, sell, or donate a massive collection.  HobbyDB aims to be the “Amazon for collectibles,” and they’ll stop at nothing to catalog every hobby on Earth.

Extra props for bringing tons of toys to the office; we’ve got Hot Wheels for days. MadKudu – What if you could know who would be your customer… before they became a customer? That’s the magic of data science.

MadKudu was founded by three French data scientists (which kind of sounds like the opening of a joke…) who got tired of the monotony of their jobs, so they set out to automate their own work. Basically, a business can now figure out who their VIP customers are before they ever even become customers, and they can get in touch with clients that are having problems before they leave, which is a huge benefit.

Props as well for biking 15 miles to and from the office each day; everyone else’s idea of daily exercise is squeezing stress balls at their desk. Speaking of cycling… Actually though, you know that power meter on all the bikes? “Power” is the best way to measure your performance, and it revolutionized cycling, both for professionals and for your annoying friend who keeps trying to get you to go to that Flywheel class when you just want to be hungover in bed. No one’s been able to measure power for running… until Stryd.

It’s no small feat, and these guys have serious demand from runners for their power meter – they raised over a quarter of a million bucks on Kickstarter!

They also work their asses off – if you’re in the office past midnight, you can always count on at least a couple Stryd team members to keep you company.

Commissions cost homeowners billions of dollars per year. While some may just see that as the way the system works, TRELORA is on a mission to upend that system, offering all the perks of full real estate agency at a flat price. Sell a home for $100k? That’ll be $5,100. Sell a $2 million mansion? $5,100, please.

They’re fighting to protect home equity, and they’ve pissed quite a few people off, which means they’re probably really on to something.

And huge props to Joshua, their CEO, for committing to provide all of TRELORA’s agents with personal security wearables to help keep them safe in the field. Speaking of… Revolar – Ah yes, my company. Well, more like my friend Jackie’s company, and I couldn’t be more proud to be on her team (sappy moment, sorry).

We make a tiny device (about the size of a quarter) that lets people call for help in any emergency with one button push. Jackie founded the company to give people a nonviolent way to fight against sexual assault and violence – in fact, she was inspired to start Revolar after her sister was suspended for bringing pepper spray to school to protect herself. Crazy, right?

We’re excited for what lies ahead – Techstars gives us the ability to network, grow our company, expand our scope, and raise the capital we need to build and manufacture thousands of preordered devices, including the ones that Trelora will be giving to their agents.

Props to my team for keeping it all together during what basically amounts to a 13-week pressure cooker.

Techstars – And once again, thanks to Techstars.
Julie, Zach, Natty, the hackstars, the associates, the mentors, the sponsors, David Cohen, David Brown, The Foundry Group, and the countless other people in the #GiveFirst community that make this great program tick – you’re giving us a shot to make a difference.

We love tech start ups! Give props to your favorite startup by downloading the CyberProps app and gives props to +startups! 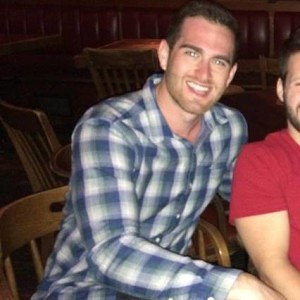 Colin McIntosh
Involved with Revolar since its founding, Colin has seen Jacqueline take an idea and turn it into something special. This is not the first time Colin and Jacqueline have combined their passion for helping others: as high schoolers, they worked together to found and grow a free after-school center for underprivileged elementary students in South Florida. He has led business development at two Seattle-area tech startups, and prior to moving to the PNW, he led tech recruiting at a third-party recruiting agency. Colin is a graduate of Emory University's Goizueta Business School, where he received his BBA with concentrations in Finance and Business Law.