This geopolitical, comedic thriller is intelligent, relevant, and entertaining. Allow me to briefly explain the premise in the same chaotic way that each hilarious, half-hour horror show unfolds.

We begin in modern day Pakistan…

A low-level foreign service diplomat, Alex Talbot (Jack Black), convinces a local US embassy driver named Rafiq (Aasif Mandvi) to drive him out into the city of Islamabad. As Rafiq had warned, they drive directly into a protest/riot.  A corrupted election puts a psychotic President in charge of Pakistan. In his acceptance speech, the new President immediately threatens Israel with a nuclear weapon. As a US ally, Israel tells us that either the US responds or else they will launch a preemptive strike.  Talbot becomes the only US “Dignitary” outside of the embassy walls when the speech was made and chaos ensued. Meanwhile, back in D.C….

US Secretary of State, Walter Larson (Tim Robbins), is desperately trying to prevent the situation from escalating by convincing the President to at least wait until all diplomatic options (or any other option period) fails. However, the US Secretary of Defense, Pierce Grey (Geoff Pierson), suggests the US show decisive strength and drop bombs to neutralize the situation. They are both trying to persuade the President as the clock ticks. Larson races to use his backdoor channels to put his diplomatic plans in motion. Pierce loads up the bombers. Tim Robbins in his best role since Shawshank Redemption

And you can’t forget the troops…

Zeke “Z-Pak” Tilson (Pablo Scheiber) and his copilot Glenn Taylor (Eric Laden) give a unique perspective of the conflict from a Naval ship located in the Arabian Sea.  Z-Pak is a great pilot and also the resident drug dealer supplying stimulants to the other soldiers courtesy of his pharmacist ex-wife back home. You can’t help but hope these guys make it out. And remember, “No women for Carl.” That’s all you get. Go watch it. I’m giving this show my props mainly because I need a Season 2, and I’d command anyone who reads this to steal your friend’s HBO Go account and watch it. The finale is this Sunday. Can’t wait to see if Season 2 will take place in a post-apocalyptic America. Jack Black meets the Book of Eli? I’ll watch. Just please don’t come back with new leading roles and a 8-episode slow clap… (I’m looking at you True Detective.) If you have a favorite summer TV show that you think people would enjoy, download the CyberProps app and gives props to +TV Shows! 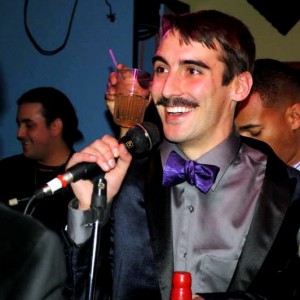 Movies That Will Leave You Scared Sh*tless
August 20, 2015