My study abroad experience is one I will never forget… Between meeting best friends, traveling through Europe, and going to the pubs on a daily basis, Ireland was the place for me. I want to give props to studying abroad, for the growth you experience, the wonder of traveling, the life lessons, and the crazy people you’ll never forget. Living in a foreign country by myself was a bit scary at first. I had to find my own way around city-center Dublin, and living with people I didn’t know was intimidating. Once my roommates arrived though, we were instantly friends. Vale, Darius, Michaela and Juan were the best roommates I could have asked for. The apartment we lived in was a crappy one too; it was almost like living in a fraternity house. Things were constantly breaking, we were missing a lot of the kitchen essentials, and it was just all around cluttered. We had to steal glasses from pubs so we could drink water, the toaster only cooked your bread on one side, and we may have had mysterious things growing in corners of the ceilings. We made the best of it though, and one of my favorite memories is a post-pub incident when we really needed food before bed and Michaela broke the door off of our oven – now that is something you don’t forget. Traveling through Europe with my sister was another great way to enhance my study abroad experience. It’s always nice to be able to share an experience with a sibling. We went to France, London, Portugal, and Greece. Not to be a complete cliché, but it was everything I wanted it to be. I got to experience the French Riviera, Hogwarts School of Witchcraft and Wizardry, the beaches of Mykonos, and the center of Lisbon all in one short month. Along with going throughout Europe, I also got to see some pretty cool places in my homestead of Ireland. I got to hear the legends of the Giant’s Causeway, see the beauty in the Aran Islands, eat authentic Irish stew, and shop in downtown Dublin. The food was a lot like America – but the Irish food was unbeatable, and the Guinness was also as fresh as it gets. We visited the brewery along with the Jameson Distillery. I am now an official Jameson whiskey tester, but I can tell you that whiskey is not my first choice of drink; it’s the Irish Bulmer’s Cider. You can’t find it in America, which is a shame, but it is only fitting that I keep my favorite drink in my favorite place. The clubs were crazy, the alcohol was abundant, and the memories were amazing. Not many people can say they have friends in 4 different countries, not many can say that they slept in a hostel above Armani in the French Riviera, not many have flown from Greece to Italy to Ireland in the span of twenty four hours (Greek strike, whole other blog not meant for props), but I can. I am so lucky that I can. Ireland is something I would go back to in a heartbeat, and my study abroad experience is something I will keep with me forever.

Anyone thinking about studying abroad, check it out, I promise you won’t regret it! Props to Ireland, to Bulmer’s, to broken oven doors at 3 AM and random French, Columbian and American roommates who became best friends. Sláinte! 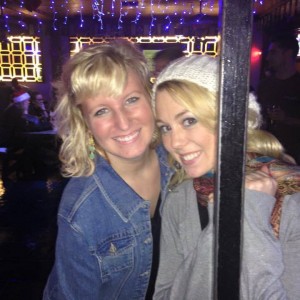 NCAA Final Four in Indianapolis
March 5, 2015
Recent Posts
Submit Your Own Props
Learn about becoming a guest blogger. No writing experience necessary. Everyone has something to be grateful for.
Categories
Go to Top
CyberProps