The New Where Else. Purdue’s most boppin’ bar. The bar you would pair with for Grand Prix if given the option. The closest thing to reliving Beta (RIP). Quite possibly, the greatest bar in Indiana. If you end your night at Where Else, you’re doing it right. If you spend your entire night at Where Else, you’re doing it even better. Where Else renovated and moved from their old location in 2012. The Old Where Else, much like Ball State’s Dill Street, had sticky floors, dark lighting and tons of townies. The New Where Else not only made a grand reopening, but a grand rebranding as well. But what is it that makes Where Else so appealing? When you go to Where Else, you know you’ll be having a good time. All of your friends are there. You can literally walk into the bar, and have at least 7 people yell out your name welcoming you with shots. From Breakfast Clubs and Bar Crawls, to getting your picture taken on the infamous cow, the experiences at Where Else are unmatched.

Props to Where Else for having the greatest atmosphere: People don’t call it Where Else Bar Nightclub for no reason. Where Else is the best place to dance any night of the week. It has all the appeal of a fraternity basement with none of the downsides. From various theme nights to the best DJs burning tracks, there is no shortage of entertainment. And then there’s The Cow. The object of everyone’s eye in the bar. There are few in the club of people who have conquered The Cow. Basically, you have to get there at like 10:30 while the bar is still relatively empty and ask if you can hop on. Chances are, they’ll say yes and you can get that legendary picture taken. If animate objects are more your thing, Where Else also has special guests visit throughout the year. By special guests I mean Santa and the occasional Leprechaun. You truly get the feeling of being in a club while in a college bar.

Props to Where Else for supporting the cause:

Where Else also supports philanthropies with drink and shot specials on a regular basis. Regardless of your affiliation, or lack thereof, Where Else is down for the cause. From Breast Cancer Awareness, to funding for the Clean Water Movement, Where Else helps different organizations raise money while having a good time and I’m pretty sure there’s nothing better than that.

Props to the Where Else staff: To the guys who let you sleep in the booths till you find a ride home, who act as your unofficial big brothers by making sure you get home safe, who kick you out for dancing too hard on your paddle night (oops), and who are always surprised, but never judgemental, when you come back the next night and you’re still alive: THANK YOU. Seriously, we appreciate it. Your job is one of a kind and I sure as hell wouldn’t do it.

Props to Where Else for guest bartending: For the Greeks out there, we already have our flags and letters strewn about the bar, but  guest bartending is a regular event where you get to cheer on your favorite Greek as they bartend in a competition against other Greek houses. Not only do you get to meet members of other chapters and have a really good time, but you can also get the members of your house hammered while you’re getting hammered at the same time. It’s a win-win. The competition gets so real, like there are playoffs… When you win, your entire house gets to celebrate PLUS you become a licensed bartender.

Props to Where Else simply for the alcohol: Where Else’s drinks are notably potent and won’t break your bank. Regardless of whichever of the 3 bars you choose to go up to, you can guarantee that your drink will be strong enough to get you on the dance floor. Aside from quarter beers and dollar doubles on Mondays, two dollar Tuesdays, and $3 32oz domestic drafts along with $1.50 doubles on Wednesday (God, I love ya Where Else), there’s also the very special night many refer to as Thirsty Thursday. Whether you’re coming up from the Cactus or you’re just planning on hitting campus bars, you can bring in your Where Else mug or Cactus cup on a Thursday night and get it filled up for $3.50. That’s 32 oz of mixed drink. For $3.50. It’s life changing. If you’re feeling more generous, then there’s the option of bottle service. The line for Where Else is usually insanely long, because everyone wants to be there, but one way to jump the line is by grabbing a few buddies and getting bottle service guaranteeing you a booth. Pounding a bottle of Jäger with your best friends is a sure way to get the night going and Where Else knows this.

Basically, it’s all in the name; Where Else would you be?

Special thanks to the ladies of Sigma Kappa and Tri Delta and the gentlemen of Pi Kappa Phi, Theta Chi and Sigma Nu for their input on this post. 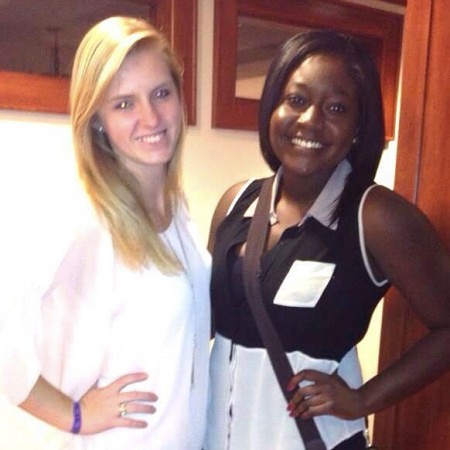 Vaness Aduro
I jump off bridges, your parents warned you about me. FTK & OMAM. Eph. 3:20

NCAA Final Four in Indianapolis
March 13, 2015
Recent Posts
Submit Your Own Props
Learn about becoming a guest blogger. No writing experience necessary. Everyone has something to be grateful for.
Categories
Go to Top
CyberProps