Culture plays such a large role in shaping who we are not just as individuals, but also as a society. You don’t consciously think about learning your culture, it’s something that is engrained in you through your environment, from birth. So, what happens when someone leaves the safety of their homeland and enters into a whole new, foreign environment? All of the sudden, you feel like you are surrounded by aliens; they look different, act different, and speak a different language. Many people who travel to foreign countries or have experiences with foreigners in their own country, have a hard time understanding why these people aren’t like them. The answer is culture. As a student at Purdue University, I witness cultural discrepancies daily due to our high percentage of foreign students. I hear American students constantly complaining about Asian student’s “manners” and lack thereof. Little do they know, many Asian students think American’s cultural norms are equally strange and difficult to adjust to when they come here.

As I prepared for my trip to Tanzania, I tried to embrace all the valuable knowledge I had gained from my coursework in anthropology. Anthropology taught me of the rich diversity found around the globe, and how to accept and learn from it. Essentially, I was doing everything I could to prevent myself from experiencing culture shock upon my arrival. To my good fortune, the Tanzanians were more amazing than I could have ever imagined. I took a tourism and global culture class my junior year so, I was fully prepared for the locals to be less than thrilled of our foreign presence. From the minute we stepped off the airplane, the Tanzanians were incredibly welcoming. Everywhere we went; whether it was a restaurant, a shop, or a stranger’s home, we were always greeted with “karibu”, which means, “you are welcome” in Kiswahili. My favorite part about Eastern Africans is their general mentality. They are very laid-back and worry-free. For instance, one morning I was in our little dining hall, cleaning my dishes, when I accidentally backed right into one of our Kenyan staff members. He had a hot cup of tea in his hand and spilled it all over the front of him. I felt so unbelievably terrible and kept apologizing for my carelessness. The whole time he just kept smiling at me saying “hamna shida” meaning “no worries”. I heard of another story where a man was hit by a vehicle on his bike. The man on the bike stood up, brushed himself off, said “hakuna matata”* and rode away.

I have always been someone that gets worked up over little things, but Tanzania truly began to change me. Their attitude and mentality was so infectious, and really made me reflect upon myself. When I was making a conscious effort to live the “hamna shida” mentality, I was genuinely happier and more fun to be around. When I came back to America, all I could think about is how much people could really use a trip to Eastern Africa to take a breather. Stress is an innate response throughout the animal kingdom that occurs in a “fight or flight” situation. But after the life-threatening ordeal, stress levels decrease and the animals continue going about their business. However, humans, especially after the industrial revolution, have proved to be nearly incapable of such a thing. Americans are always on the go and worried/stressed about everything going on in their lives. However, what is really worth stressing over? How does getting stressed out benefit your situation at all? It doesn’t! I think Eastern Africans offer a valuable lesson for people like me and many Americans, who need to just relax and be happy.

*“Hakuna matata” means “no worries” as well, but is more commonly used around tourists and certain areas of Tanzania and Kenya. “Hamna shida” is more common in everyday conversation. 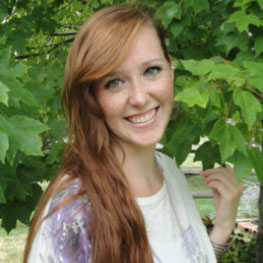 Kaitlyn Johnson
I’m a 21 year-old senior at Purdue University. I am an anthropology major with special interest in primatology and the effects of conservation on local livelihoods. During the summer of 2014, I travelled to Tanzania with School for Field Studies (SFS) for the experience of a lifetime. The first month, I joined 31 students to learn about wildlife behavior and conservation, and the second month we collected data to practice our wildlife research field techniques. This trip taught me more than just how to do population counts on African mammals, and the inspiration for this article comes directly from my experiences.

Young Grown Folks
March 2, 2015
Recent Posts
Submit Your Own Props
Learn about becoming a guest blogger. No writing experience necessary. Everyone has something to be grateful for.
Categories
Go to Top
CyberProps